Never, Ever Give Up 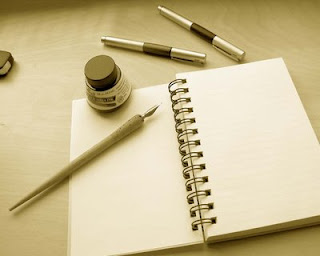 Today's blog is about a life lesson I learned.
Back when the earth was still being formed, I sold my first book, a category contemporary romance, to Kensington Publishing. Wonderful, yes, but let's back up a step or two to the months preceding that glorious milestone.
I had done fairly well in a series of writing contests sponsored by RWA. In addition, I had secured the support of an agent who was new to the market, but energetic and positive with just the right combination of aggressiveness and charm. Best of all? She loved my work. Her name was Kelly St. Clair – a lawyer who moved from private practice to literary representation because she loved romance.
I kept writing and Kelly began a full court press, submitting my manuscripts everywhere. We came close. Over and over and over again I kept hearing wonderful feedback...but never the magic five words: 'We want to buy it.'
After nearly a year, with an ever growing stack of 'no thank you' notes from publishing houses far and wide, I lost confidence. In fact, I went into writer's remission, uninspired and incredibly sad that a dream I'd held for decades was doomed to go unfulfilled. I needed to go to work full time because college money needed to be raised for our kids. Writing time was easy to push aside, since to my mind, it wasn't taking me anywhere. I began to think that perhaps God was trying to send me a message about my writing and I was refusing to receive it.
Meanwhile, as I stopped writing and stepped up my outside work life, Kelly kept on top of the market and new developments. And I received yet another rejection. I was ready to call it quits - and told Kelly as much in a very heartfelt, almost apologetic letter. She had been a such a tremendous advocate, and by that point, I felt like I was wasting her time.
She wrote back promptly – and with an equally heartfelt reply urged me to keep going, affirming a talent she saw, but I no longer believed in. She concluded by saying how much she was looking forward to seeing me at the upcoming RWA national conference.
I had nearly canceled my registration, but her note had me deciding to stick with it. It would be my swan song – and at least I'd get a chance to thank her directly for all she had done.
Enter the blessing of timing.
At the conference I checked in at the registration desk and who did I find standing two people away from me? My agent. Kelly had heard me give my name and came up to me immediately and gave me a hug. That was our first face to face communication. She was bubbling with excitement.

She pulled me to a seating area of the hotel lobby, not far from one of the dozen or so conference rooms lining the hallway. She told me Kensington was looking for publication ready manuscripts for their new “Precious Gem” line of contemporary romances, and she'd been keeping an eye out for Senior Editor Kate Duffy to get further information about the line...and tell her about me.

We couldn't get over the timing of our lobby meeting.

But that's not the end of the story. We chatted, and she continued to encourage me – and told me not to give up, and that she was determined on my behalf. What a gift. When I had given up, without my even really knowing about it, she had continued to push forward. Her confidence ran deep, and was authenticated by her actions.

A few minutes into our chat, Kelly stopped talking abruptly and started to smile, looking at a spot behind me. Kate Duffy was leaving one of the conference rooms, headed right for us.

We introduced ourselves, and Kelly mentioned I had written a book that might fit the Gem guidelines. Kate was delighted to hear about it – and we chatted a bit further, then Kate left. A short, sweet, perfect meeting.

Less than a month later I sold book number one. A month after that? Book number two.

Moral of the story? Timing and perseverance.

I've always told my kids: Never, ever give up. If the call is on your heart, follow it, and overcome the obstacles. Surround yourself with people who will support, encourage and uplift you. I'm thankful every day they've seen that axiom vindicated.
A growing, young family sent Kelly back to part-time private law practice a year or so later so she's no longer an agent – but I owe her so much more than her 15% cut will ever reward. I've gone on to sell two more books and have high hopes for two more.
My wish and prayer is for just such benefits for you, no matter what your dream. What have you faced? What have you overcome to get where you are? I'd love to hear your story!
Posted by Marianne Evans at 1:52 PM