As you may have noticed, my sidebar to the right features a number of new additions. First, Hearts Crossing is a CAPA Nominee for Best Inspirational Romance of 2010 over at The Romance Studio. I'm so excited and honored to be nominated!

A couple of weeks ago, Crystal at Kwips & Kritiques posted a 5-Klover review of Hearts Surrender! Click on the link to read her fabulous review! Crystal even designated it a "Recommended Read."

Then, just today, I was contacted by Matilda at Coffee Time Romance & More, notifying me she had posted a review of Hearts Surrender - and given it a coveted 5-Cup review! The link is to the right - check it out!

To give you an update on what's new in my writing world, I've turned in edits for Hearts Communion - that one is Book 3 of the Woodland Series. We're shooting for a late 2011 release. I finished Hearts Key a few weeks ago, so Woodland Church is hopping! Stop by www.whiterosepublishing.com to learn more. I'm so thrilled with White Rose Publishing. As both an author and reader of inspirational romance, I have to tell you, this publisher is outstanding!

Finally, remember Sandy Pierson, Collin Edwards' fiancee from Hearts Crossing? A short story is under way giving her a very special romance of her own. I was gratified when a number of readers asked about her after reading Hearts Crossing, wondering if she'd get t0
'star' in a story. Well, I'm hoping so! An idea took root a while back, and I'm delighted with the results. I'll keep you posted details are ironed out! I hope it will be coming to a computer near you very soon!

That's the news for now - thanks as always for your support, prayers and friendship!

Marianne
Posted by Marianne Evans at 9:34 PM No comments: 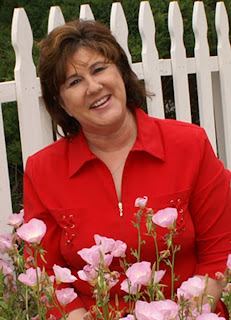 I’m delighted to welcome Delia Latham back to the blog, and help sing the praises of her latest release from White Rose Publishing: Destiny’s Dream! Delia is a fellow White Rose Author, and author of the exciting Solomon’s Gate Series. Destiny’s Dream is book one, and the buzz abounds. More on that in a bit. First, meet my friend, and sister in Christ, Delia Latham:

Delia Latham is a Christian wife, mother, grandmother, sister, and friend. While she considers each of these roles important ones, she treasures most of all her role as a child of the King and an heir to the throne.

A former newspaper staff writer, Delia promised herself a novel for years, while raising her four children, working at various jobs and writing the occasional article, poem, or song. She fulfilled that promise when Vintage Romance Publishing released Goldeneyes in 2008. A Christian historical romance with a touch of the divine, Goldeneyes is set in the farm country of the author’s childhood, and therefore close to her heart. In 2010, White Rose Publishing released Yesterday’s Promise in electronic format, and Destiny’s Dream in print and e-format. A children’s book will be available early in 2011.

Delia grew up in Weedpatch, a tiny agricultural community near Bakersfield, in California’s San Joaquin Valley. She and her husband Johnny recently transplanted from that area to Okmulgee County, Oklahoma.

Find out more at: 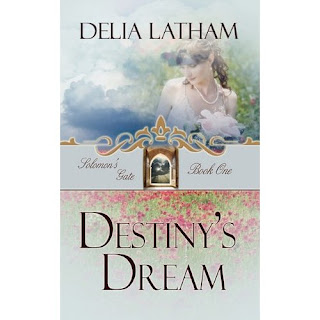 Is a little respect too much to ask at a parent’s funeral?

Apparently it is for Destiny May. Clay Gallagher is built like a small mountain and far more vocal than is fitting when he shows up late to her mother’s “going away party.” When it turns out he’s not even at the right funeral, Destiny demands retribution in the form of an escape from the day’s dreary proceedings. Spending time with a handsome stranger who makes her laugh is more therapeutic than fighting with her overbearing family.

Clay finds Destiny beautiful, charming...and intelligent. So why is she stubbornly determined to open a Christian dating service? Clay has little respect for such a frivolous profession, and doesn’t think the small, conservative town of Castle Creek will welcome such a progressive business. But when Destiny is threatened by an anonymous caller who deeply resents her and what she does for a living, Clay makes it his business to keep the saucy redhead out of harm’s way.

Trouble is, spending time in her company weakens his defenses, and Destiny may be the one thing Clay can’t escape...if he even wants to.

As Pastor Paul Porter extended an altar invitation, Destiny sneaked a peek at Clay’s face. His hands had been fisted into white-knuckled balls for the past twenty minutes. Now a muscle worked in the strong line of his jaw as the familiar, sweet notes of “Softly and Tenderly” played in the background.

Miss Willard was consistent in her preference for the old hymns.

Right now, Destiny had no objection.

She laid a gentle hand over one of Clay’s hard fists. He opened his eyes and slanted a misty look her way even as he unfurled his fingers to wrap them around hers. Without a word, he nodded, and they stood. Destiny walked with him toward the front of the church, joyous tears dimming her vision.

Those tears began to fall in earnest when Jenna stepped out from a pew a few rows ahead of them. With a tremulous smile, Dr. Bob Clevenger’s high-society wife took Destiny’s other arm and the three of them continued down the aisle.

Destiny wondered if her heart could actually contain so much happiness. She breathed a prayer of gratitude for this double blessing, coming as it did on the heels of the most traumatic experience of her life.

Weeping endureth for a night, but joy comes in the morning. Thank you, Father, for this happy day!

Clay wanted to take the sisters out for lunch after church, but Jenna declined, stating her need to hurry home to Dr. Bob and the twins. Cassie and Carrie had slept over with a neighboring friend, which freed their mother to attend service without the girls in tow.

“I’ll be bringing them from now on.” Jenna’s face shone with a new light as she hugged them both goodbye. “But I think God worked it out for me to be alone this morning. Otherwise, I might not have been so willing to go forward.”

“I’m sure that’s true.” Destiny’s jaw throbbed, but she could not stop smiling. “Well, we’ll miss you, Squirt.”

“Stop calling me that!” Jenna sent her a playful glare as she slid behind the wheel of her BMW. “And I’ll take you up on it next time, Clay.”

They watched her back out of her parking space and turned toward their own vehicle. But Jenna’s voice stopped them.

The Daughters of Destiny contest will be underway as of December 1. In lieu of giveaways from blog to blog, I’m encouraging all of you to visit my contest page and take part in this giveaway. I also encourage you to tell your friends about it…and their friends…and theirs! J I have TWO absolutely stunning decorative bottles, AND a wonderful, aromatic anointing oil to go in them. The contest has two parts. One decorative bottle/anointing oil will be awarded in each part. There are ample opportunities build up your entries, so come on over and check it out!

Destiny’s Dream is available at:

“All I can do is bring together men and women who seem compatible and let God do the rest.”

Great lines like this fill the pages of Destiny’s Dream, the first of the Solomon’s Gate Series from White Rose Publishing. First off, what a tremendous idea for a book series: Position a keenly intelligent, full-of-heart heroine at the helm of a Christian Dating agency called Solomon’s Gate. Add in the caring and tender CEO of an investment firm, and you’ve got a sure-fire recipe for success. Secondly, Destiny’s Dream is full of great lines like this: ‘She was silent for a long time, while Clay discovered the meaning of someone holding his heart in their hands’ Lines that bring home the beauty of the characters you meet, and place them straight in your heart.

Destiny May, of Castle Creek California, is the creator and owner of Solomon’s Gate. She put her life’s energy into caring for her ailing mother, until Mom passed away, leaving Destiny in search of her own life and goals. Into the funeral service walks Clay Gallagher, CEO of Gallagher Investments. After a rocky, but very humorous start to their relationship, twists and turns abound, as does the mysterious but welcome touch of a heavenly angel, the beautiful power of lifting people in prayer through anointing oil. Oh, and did I mention? There’s a thread of ominous danger lurking as well.

Latham’s plot could have easily been overwhelmed by such a mix, but her skill as a storyteller simply shines, and each element of Destiny's Dream weaves itself into the next with perfection. I highly recommend Destiny’s Dream, and pray you will enjoy it, and be blessed by its message of love’s true power and might. I know I was. Tell you what else. If I didn’t already have my own happily ever after, I’d be hunting up Destiny May, and Solomon’s Gate in a heartbeat!
Posted by Marianne Evans at 7:54 PM 13 comments: