Meet Donna B. Snow & A Piece of Heaven Giveaway!

Donna B. Snow is a fellow author at Pelican Book Group who truly shines a light within our family of scribes. She's a delight, so is it any wonder her latest release, A Piece of Heaven, has captured my heart? Let's get to know this gifted author! 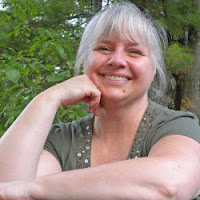 I was born and raised in New England and although I've seen much of the country, this is the area I will always call home. I love the change of seasons and the beauty each one brings. There is no place quite like it.

I've been married over 20 years and we have one teenage daughter who will be going to college next year. I am an active member in my church,  a member of the choir (along with my daughter), and I write not just stories, but  music as well. Perhaps some of that will be published someday, too.

I love, love, love New England, Donna - what a blessing to be able to call that area of the country your home base!

Now, let's take a peek at A Piece of Heaven! Donna has graciously agreed to award a PDF copy of this wonderful romance to a lucky commenter, so share the love and tell us about your "piece of heaven!" Where do you go to find God, inspiration, rejuvenation? 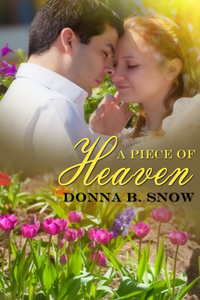 Trina Wembly dreamt of owning a Christian coffee house for years –a Godly place where people could enjoy a good meal, and entertainment that wasn’t offensive. A Piece of Heaven is that dream.

Jared Larou, the construction foreman who helps design and build the coffee house, is a wounded soul with a soft heart.

Once the coffee house opens, Trina and her partner, Laura, work day and night. From coffee in the morning, to gourmet dinners in the evenings, it’s a heavy load. Plus Trina performs most nights as the entertainer at the coffee house.

Trina longs to be more than just friends with Jared, she just hopes that’s what God wants for her too.

Trust in the Lord with all thine heart; and lean not unto thine own understanding.—Proverbs 3:5


Trina Wembly stared at the name painted on the frosted glass, Dared Construction & Design. This was it, the start of her dream. She took a deep breath and pulled the door open. She hoped everything she’d heard about them was true.
She tugged at her gypsy skirt, smoothed a hand along the soft cotton, and then wrapped the other hand around her leather shoulder bag. Heart pounding, she stepped inside.
Classy, but understated. The reception area was a contrast of styles: elegant, not ostentatious; a bit eclectic, but well blended. She eased her grip as she absorbed the warm atmosphere the company had created.
Framed prints hung on the walls, one by M.C. Escher. She recognized her favorite—Convex and Concave. Others she didn’t recognize with certainty, but would have guessed—Monet and Van Gogh, to name a couple. Intermixed with them were pictures of construction sites, some works in progress, some after completion. All Dared sites. All wonderful pieces of architecture that added to the environment they were in.
From cottage style, to country, to contemporary with a Mediterranean flair—color and texture and style surrounded her. Oh yeah, they could help her create the atmosphere she wanted in A Piece of Heaven, turn her dream into something real. Still, would they be able to get her vision from her simple drawings?

For me, and for so many who love the uplift and hope to be found in well-written Christian romance, there’s nothing quite like a prodigal story to stir the fires of faith. In the pages of A Piece of Heaven, I found just such a treat. With a wonderful mix of heart and emotion, Donna B. Snow’s novella showed me the beautiful mix of two people who were meant to be together—if they can move forward from a painful past.

When Jared Larou meets the spirited, dream-chasing Trina Wembly, he’s battling heavy duty demons. Jared is a former believer, helping Trina design and construct a coffee shop where she will also headline as a singer. He’s drawn to the charming entertainer who provides acoustic-style Christian music for her customers each night. Trina is just what Jared needs—compassionate and caring, thoughtful and tender—but is he ready for a relationship with her? Is he ready to even attempt reconciliation with God?
Snow uses strong emotion and lovely setting details to draw you in and keep you turning the pages until you find out. A Piece of Heaven is a wonderful story about the way God chases us, and blesses us with love and fresh hope, even when we don’t think we deserve it.

Happy reading everyone and get to commenting so you can WIN!!
Posted by Marianne Evans at 11:48 AM 14 comments:

A Giveaway & Celebrating the Release of By Appointment Only

It's a Sunday after-church tradition. Following Mass, my husband and I head straight to National Coney Island for breakfast. It's a family-style diner. There's dish clatter, a flood of conversation, kids laughing (and crying!) and folks wiping sleep from their eyes as they hunker in with a cup of coffee, some pancakes, or some bacon and eggs. 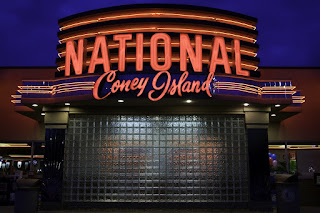 It's comfort, and comfort food, that's as familiar to us as a sunrise, and we've even gotten to know a number of the waitresses. When my husband had hip replacement, a few of them even made it a point to stop by and chat, wondering how his recovery progressed. I love this place, and it became the inspiration for my Sal's Place Series. 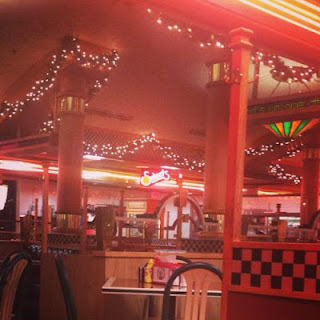 After all, can't you  imagine Jennifer strolling the aisles, taking orders and serving customers with a smile? Sal Cocossa hard at work cooking behind the flat top grill? Luke and Callie West having dinner together? Ryan Douglas stopping in for a quick cup of coffee while patrolling the streets of Detroit?
Today, Sal's Place has a new entry - By Appointment Only! I want you to get to know Matt Bellinger and Heather Cavanaugh - so, to celebrate, I'm giving away an autographed, print copy of Search & Rescue (Book 1) and Beautiful Music (Book 2). All you have to do is leave a comment, talking about your favorite spot to savor down-home comfort food and casual atmosphere. I can't wait to hear from you! Don't worry about reading the series in order, or being lost if you haven't read them all - these are stand-alone romances full of faith, hope, and love.
Giveaway winners will be announced next Saturday right here at the blog, so be sure to check back!
BY APPOINTMENT ONLY  ~ BLURB
Political dynamo Matt Bellinger understands he has an unyielding responsibility to work hard for the betterment of his community and the world around him. Life, he believes, should be built strictly on effort and tangibles, not an elusive faith.
But that belief is challenged when a bill to spearhead volunteerism leads him to canvassing efforts at Detroit's legendary diner, Sal's Place, and a meeting with Heather Cavanaugh. His polar opposite, the street-smart beauty challenges his heart and perceptions. She's the head stylist at Optiva, a trendy, upscale hair salon in downtown Detroit, as well as a tireless volunteer giving back to the city she loves in honor of the God she serves.
Love blooms, gradually shifting Matt's perceptions. But when a life-threatening illness in his family challenges that fledgling faith, will he be able to hold fast to his newfound beliefs? Will he discover that faith makes all things possible and love makes all things beautiful?
Matt made it to the hospital in plenty of time to give Mandy’s untethered arm a gentle squeeze and dot her forehead with a kiss. He loved the way her eyes lit up at the sight of his gift—a big, pink teddy bear with get-well-soon balloons tied to its paws. Once the pre-operative sedative kicked in, Mandy became sluggish, so Matt followed his family out of the room. Only Rick and Stephanie stayed behind.
In the waiting room, the O’Connors and a few couples from Rick and Stephanie’s church that Matt had never met before convened to wait for word from the OR. As a group, they joined hands and murmured a prayer. Matt watched, compelled by the scene, and he thought instantly of Heather, of how readily and easily she had prayed at dinner, just like these people prayed now. She was comfortable with her faith and her beliefs, as well as the pattern of her life.
Matt felt a stab of yearning that had nothing to do with the love he held for Heather. Rather, the ache that swelled through his chest as the prayer session ended stemmed from the fact that he could feel the peace that flowed. He saw it in their eyes and in the more relaxed way they moved.
But he couldn’t taste it for himself. He was an outsider, hungry yet rootless, staring through plate glass at a feast meant to fill and quench.
How, he wondered, could he ever break through?
“Hey there, handsome.”
From behind, that quiet, subdued summons reached his ears…then entered his heart.
Matt spun, face-to-face with Heather who stepped straight into his arms and held on tight.
The love that washed through him was so powerful, words failed.
BY APPOINTMENT ONLY ~ PURCHASE LINKS
PELICAN BOOK GROUP
AMAZON
BARNES & NOBLE
CHRISTIAN BOOK-DOT COM
Posted by Marianne Evans at 11:58 AM 31 comments: