While I'm in a promoting mood, I'd love to share with you the outstanding trailer for the Woodland Series! I still get chills when I watch it!!

A new release - just in time for Easter 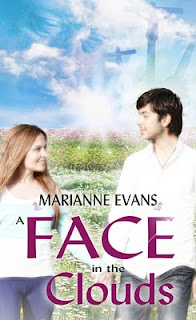 Will a quest for the truth lead him to a miracle -
and the love of a lifetime?

Reporter Paul Hutchins is all about finding facts and uncovering the truth. Verification, authenticity and quantification are the fuel of his spirit...until he falls in love with producer Sandy Pierson.

Sandy sees Christ alive in every aspect of her life. No need for quantified facts. Faith is the fuel of her spirit. But her love for Paul puts her at odds with God's call toward faith and all of its mysteries.

Paul considers Christianity to be well-meaning myth - hyperbole. To Sandy, it's everything - and she can accept nothing less from the man she loves.

Can a miracle happen? Can the touch of God Himself keep their relatinship from shattering?

"I know how deeply you feel things, Paul. You have a wonderful heart. That's part of why I love you so much. I'm torn in two about my feelings for you." Sandy's declaration would have filled him were it not chipped and cracked by the impact of her doubts. "Your reporter's instinct toward autenticity and revealing the truth is a big part of what I admire about you. There's nothing wrong with facing the world honestly, but you need to make room for a few other truths."

"Yes, and the fact that life holds as much mystery, and as many intangibles, as it does realistic things you can hold tight to with both hands."

And if he wasn't mindful of her beliefs, she'd step away from him.

Paul navigated the rapidly-filling parking lot of Woodland Church. Once they stopped, he killed the car engine and used a restraining hand to keep Sandy in place. He closed the space between them and gave her a kiss that lingered and thoroughly tasted. He felt the gesture ease a bit of the tightness in her shoulders and back. "I'll keep an open mind, OK?"

She touched his face, and there was yearning in her eyes. "Keep an open heart. That's much more important."
Posted by Marianne Evans at 1:42 PM 2 comments: