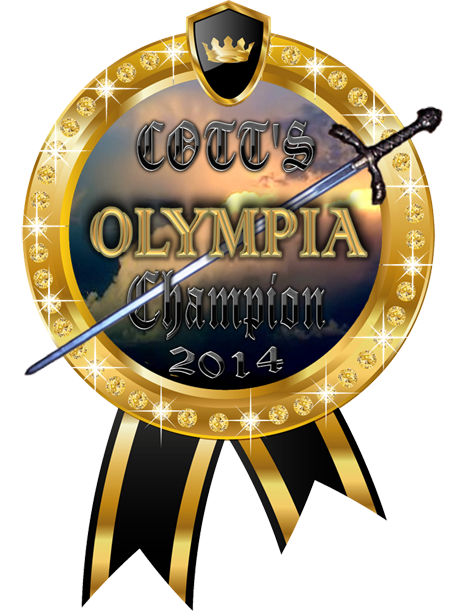 We've all been waiting. It's been six months since submissions opened for the Olympia. A panel of readers narrowed down the top three entries and then a distinguished *industry professionals assessed and scored those excerpts to bring us to this moment.

The time has come and I am so very excited to announce to you that the winner of the 2014 Olympia is...

Suzanna Wilton has had a hefty share of heartache in her twenty-seven years. Left heartbroken by a marriage cut short, she leaves city life to take up residency in a tiny Nebraska town. Her introduction to her neighbor Paul Rustin is a disaster. Assuming he’s as undermining as the other local cowboys she’s already met, Suzanna greets him with a heavy dose of hostility.

Though Paul is offended by Suzanna’s unfriendliness, she often invades his thoughts. Intrigued by the woman who lives down the road, and propelled by a sense that she carries a painful burden, he frequently drops by to offer help as she adjusts to rural living.

Just as Paul’s kindness begins to melt Suzanna’s frozen heart, a conflict regarding her land escalates in town. Even in the warmth of Paul’s love, resentment continues to strangle her fragile soul. Will Suzanna ever find peace? 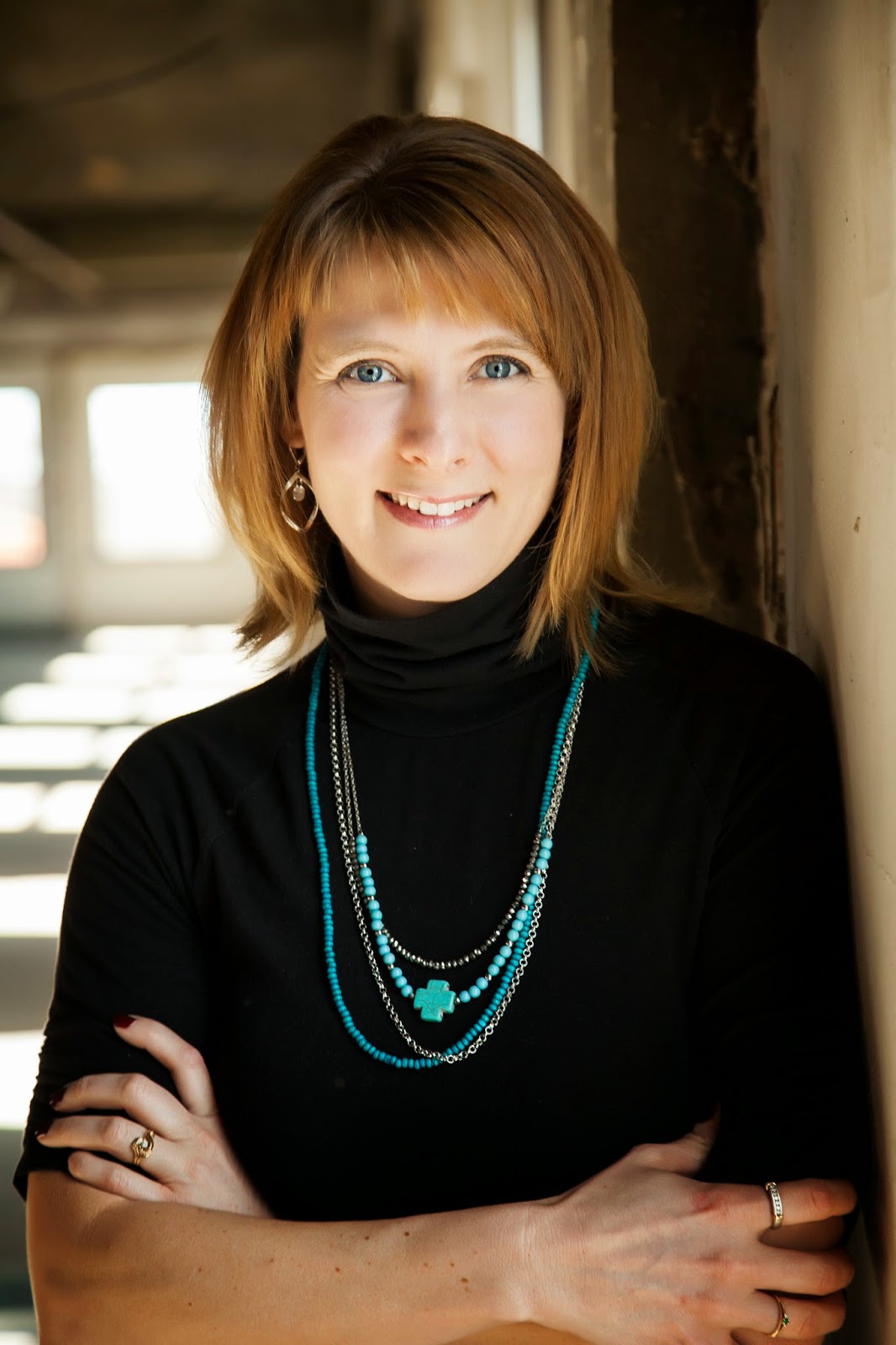 Jennifer Rodewald is passionate about the Word of God and the powerful vehicle of story. Four kids and her own personal superman make her home in southwestern Nebraska delightfully chaotic.

Aiming to live with boundless enthusiasm, her creed is vision, pursuit and excellence. Blessed with a robust curiosity, she loves to research. Whether she’s investigating the history of a given area, the biography of a Christian icon, or how nature declares the glory of God, her daily goal is to learn something new.

Jen lives in a lovely speck of a town where she watches with amazement while her children grow up way too fast, gardens, plays with her horses, and marvels at God’s mighty hand in everyday life.You can find her at thefreeslavesdevotion.com

Congratulations, Jennifer! We are honored to be a part of your journey and look forward to watching what God has in store for your writing career.

In addition to a tour through COTT's Blog Alliance, Jennifer will be receiving a beautiful plaque to commemorate her win and an internet radio interview with Cynthia Simmons! 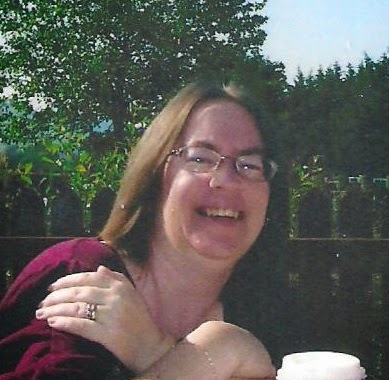 Having written a few 'books-in-a-series,' I can completely relate to something my good friend Clare Revell said the other day. She expressed joy at being able to share the concluding book in her fabulous Days of the Week series coupled with an equal sadness that, upon the release of Sunday's Child, the series had come to a close.

Yep. Been there, done that. As writers, we move into new stories, into new characters, but those we've created never truly leave our hearts.

So, with pleasure, I offer this spotlight and my review of Sunday's Child. Clare, I look forward to what's next!!! 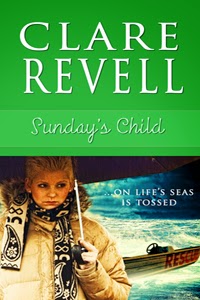 Sunday’s Child on life seas is tossed, awaiting the lifeboat that rescues the lost…

Hattie Steele feels like the world is passing her by. Her entire life revolves around the guest house she runs in Headley Cross with her overbearing twin brother. He even attempts to undermine her friendship with a handsome guest. Not that famous ex-footballer, Callum Trant would ever give her a second glance. Hoping to regain control of her life, Hattie takes a well-earned holiday with her aunt on Penry Island.

After retiring from football, Callum Trant divides his time between the family business and volunteering as helm officer on a lifeboat. Danger is nothing new for him. But when he’s called out on a shout and finds the beautiful innkeeper from Headley Cross on a sinking vessel, Callum realizes his heart is in danger.

But could Hattie ever forget his womanizing past and feel the same way? Or will a dangerous rescue end the relationship before its had time to grow?

Cal turned the boat and headed into the heart of the storm, keeping the bow of the boat into the breaking waves. Visibility was down to five feet.

“Radar’s got something.” Cal squinted at the screen.

Cal aimed the boat at the faint light he could see between the towering waves. As he grew closer he could see the hull of the boat with a figure clinging to it. “Phil, toss the rope to him. If he catches it, bring him in that way. If not rope up and go get him.” He touched the mic button.

“Penry base this is Ray of Hope. Found the Petunia Bay. We will need assistance to tow the capsized boat out of shipping lane. One in the water.”

“Roger that, Cal. Will send out the RHIB.”

Cal brought the boat around, bringing it in closer to the wrecked cruiser. He watched the figure on the boat catch the rope. Then he brought the lifeboat right alongside the upturned hull. Phil and Sam grabbed the man and pulled him into the safety of the lifeboat.

“Is there anyone else with you?” Sam asked.

“Harriet. Where is she? Did you pick her up, too?”

Hattie’s out here? A stab of fear filling him, Cal turned in his seat, hoping he was wrong. The soaked figure was as unmistakable as his clipped posh accent. He wanted to berate the man for being stupid, but now wasn’t the time. “Where did you last see her, Markus?”

“We barely found you. Where did you last see her?” Oh, God, keep her safe out here.

“Before we capsized. The boat flipped over so fast. When I came up she was gone.”

Trevor turned the searchlight on the water around them.

“I’m fine. Harriet was hurt before she went into the water. She hit her arm on something, and couldn’t use it.”

“You’re being checked over regardless. Trevor, rope up in case you need to go in. If she’s hurt she won’t be able to hold onto the rope.”

Did he imagine a faint call for help carried on the wind? “Aim that light over to the right.” The search light caught sight of something yellow floating on the waves in the distance. Cal turned the boat around on a dime. Please let it be her.

Cal nodded and accelerated the boat towards the small yellow shape the light picked out. He came in close to the figure and Trevor dived over the side into the maelstrom. Waves crashed over and around them, spray threatening the stability of the boat.

Clare Revell never fails to deliver a romantic thrill ride. Her latest series, covering the seven days of the week, comes to a pitch-perfect close in the pages of Sunday’s Child. Retired football player (Soccer, mind you) Callum Trant now serves as a volunteer lifeboat helmsman with the RNLI running rescue operations at sea (talk about high drama!). Hattie Steele, meanwhile, is a ‘nester’ – a cook and hospitality specialist helping her brother run a vacation lodge. Hattie and Cal come together amidst the literal, and figurative, storms of life and have to fight a sinister element of Hattie’s family past in order to find a way to calmer seas…and the love of a lifetime.

Enjoy, friends, and thanks for stopping by!
Posted by Marianne Evans at 11:44 AM 1 comment: