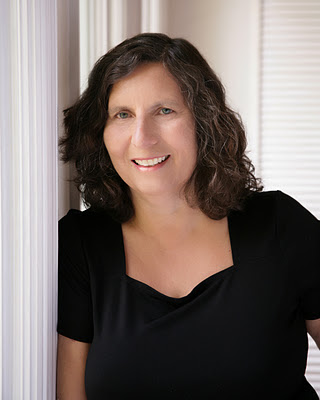 I'm excited to introduce you to a new author friend of mine, Diane Craver! She's got a new release out called A Christmas Gift that sounds just amazing! More on that in just a bit...first, let's get to know Diane better!

Diane, welcome to the blog! I always like to kick things off by asking my author visitors: When did you first discover that you were a writer?

I’ve always enjoyed writing but when our oldest daughter Sara was a toddler, I started writing non-fiction. I wrote a partial manuscript, Born to Love, about her and how my faith became stronger as a result of having Sara. It was very therapeutic for me to examine my faith and to learn to give thanks to God for our situation of having a child with special needs.

What an amazing testimony. How did your writing career begin? How did you find your way to that ultimate dream of publication?

My writing career began with a true story in a Christian magazine, “Virtue”, and in the same issue, there was an article about Debby Boone. My sweet mother told me that my story was more interesting and better than the famous singer’s one. LOL I continued writing non-fiction and was published in other magazines, one was in Woman’s Weekly so that was exciting. I first published in non-fiction but realized it was more fun and a wonderful escape to write fiction, especially while raising our six children.

An author, Dianne Castell, encouraged me to submit to Samhain Publishing. They accepted 3 manuscripts within a month. It was exciting. I had my first two novels published only a week apart in ebook, then 3 months later they were both in print. The first was NO GREATER LOSS, an inspirational romance and the second release was A FIERY SECRET, a chick-lit mystery.

Love the titles!! What are you working on next?

My great-grandfather was a Mennonite minister so I decided to write an Amish romance series. Many of his beliefs were similar to the Amish faith. I just finished the first book, A JOYFUL BREAK. An agent requested a partial so hopefully, I’ll get a request next for a full.

Good luck!! Tell us one interesting fact about you that your readers would find interesting, and maybe even surprising.

I was a carhop at a root beer stand for 3 years during high school. By the way, I didn’t carhop wearing roller skates. LOL Our kids assumed I did.

LOL! That's the image I have, too - what fun!! How do you find balance between being a writer and everything else that goes on in your life?

It’s a bit difficult because we were blessed with six children. Although they are all now adults, two were born with special needs and live at home with us. Also another daughter graduated from college a year ago and has moved back home so she can pay off loans and etc. I have a part-time job as a reader scoring the tests students hate to take. I usually write in the morning when I’m not driving to work after I get our two daughters off to their special programs. I don’t do well in the afternoons to write so might do proofreading then and write again in the evening. 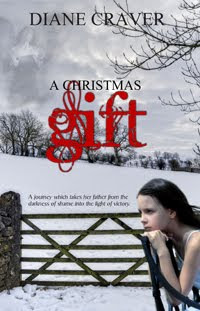 Justin Reeves is a man who has it all: a good job, a loving wife and children who are the center of his universe. Justin also has a secret he's hidden from everyone his entire life;or so he thought. Quite innocently his small daughter, Debby, stumbles upon his secret and is shocked by what she finds. She confronts her father with the awful truth, and together they embark upon a journey which takes her father from the darkness of shame into the light of victory.

Drawing from true events in her own childhood, author Diane Craver captivates the reader from page one to a stunning climax which will touch your heart and impact your life forever in this must-read story of love's triumph over adversity.

It was 1957 when I saw something that I wasn’t meant to see. I have never forgotten this night because it had such an impact on me. I was only seven years old, and what I saw my father doing confused me. Finally, I had enough courage to ask my mother about it. After she explained everything to me, I was shocked and saddened.

What happened after I learned my father’s greatest secret was extraordinary to our family. When my father, Justin L. Reeves, decided to conquer an overwhelming disability in life, he was fifty-four years old. He gave our family an incredible gift to last a lifetime because of what he accomplished at this age.

His triumph made me into the woman I am today. My three older siblings were able to make the best decisions of their adult lives because of our father's influence.

This is a story of determination and hope. My father's journey was not easy. But if it had been easy, I wouldn't be telling his story now.

After you finish reading this book, I pray that the true meaning will linger in your heart and mind; just as the outcome of my long ago memory has remained in my soul for fifty-three years.

My name is Debra Reeves Cunningham, and I am sixty years old. It’s not hard to take you back to the beginning in 1957 when I was seven. My life was good and simple. My memories of this wonderful year are crystal clear. We lived on a farm with eighty acres outside of Findlay, Ohio. My petite mother, Lucille, worked hard doing whatever needed to be done on the farm. She was a big help to my dad when it came to dairy chores. With no milking machines, they milked seven cows by hand in the morning and again in the evening.

My siblings didn't help with this time-consuming job. My oldest sister, Gail, was twenty-five and lived at home, but not by her choice. Whenever she mentioned moving to an apartment, our mother insisted that wouldn’t be proper for a single woman. Gail worked as a secretary at the impressive Ohio Oil Company in Findlay. She always dressed in pretty clothes and went out on dates all the time.

My brother, Carl, at the age of twenty-one was in the Army, and he hated it. He wrote me the best letters. The past summer, we all traveled in our blue Mercury car to visit him in North Carolina.

Next in the family was my fourteen-year-old sister, Kathy. We shared a bedroom, and she never complained about sharing a room with a younger sister. She only worried about not being able to dance. From the time she was a small child, she wanted to be a dancer. She watched all the Shirley Temple movies and practiced on the kitchen linoleum floor. I was told how her dancing entertained me when I was a fussy baby with teething pain.

A short time after Kathy celebrated her seventh birthday, she was stricken with polio. She wore a brace on her left leg because the polio had weakened these muscles. Dancing was no longer a realistic dream for Kathy.

It's time to take you back to the night when what I saw made me question everything. From my siblings, I learned that sometimes we see only what we want to see, and only face the truth when we can no longer deny it. I remember everything about that night so well. In my mind I see my bare feet softly walking down twenty-two steps. I enjoyed counting the steps and jumping off the last one.

It drove Gail crazy whenever she was in a hurry and behind me. "Why do you have to count these stupid steps all the time?"

"I like to count them. I always get twenty-two."

And so on this particular night I counted them again. With no light on to guide my footsteps, I didn't want to fall in the dark. I didn't switch the hallway light on because it would shine through the register. My parents might wake up and see the light from their bedroom. Mommy liked to keep a door open for air circulation in their small room. I knew that I had to be very quiet since I wasn't supposed to be up at this late hour. I skipped the jump off the last step so my parents wouldn't hear me. With a racing heart, I slowly opened the old stairway door, hoping it wouldn't make a sound.

Amazon link to A Christmas Gift

Thanks for joining me, Diane - and best of success with A Christmas Gift!

Posted by Marianne Evans at 2:13 PM