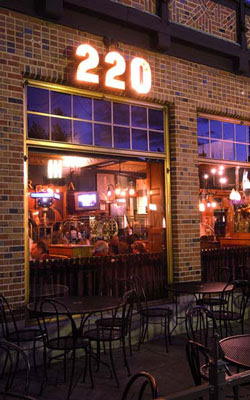 You enter the restaurant and scope out an early-evening crowd that already packs the tables and booths at 220 Merrill, the swanky, upscale eatery located in downtown .

You spot your party and grin, looking forward to fun and gossip. You step up as Kiara sips from a wine goblet, half-filled with chilled chardonnay. On approach, you overhear her sigh, and say with unmistakable affection:

“…I swear. I love her to pieces, but sometimes Marianne is just so ridiculous! It’s silly to be shy about sharing a great love story with the world, right? … Oh! Hi!”

Kiara spots you and stands, sliding out gracefully from the intimate corner booth. She beams a from-the-heart smile, greeting you with an enthusiastic hug.

“Am I late?” You ask, joining the table of a half-dozen or so friends who send up cheery salutations as well.

“Not a bit.” Kiara sits back down. Along with everyone else, she resumes snacking on hor douvres. A rolling hum of conversation fills the air, as does the aroma of roasting meats and savory spices. Wait staff, dressed in traditional black and white, move smoothly past. You order your drink of choice, and settle in, grabbing a chunk of perfectly prepared bruschetta. Then some risotto ba 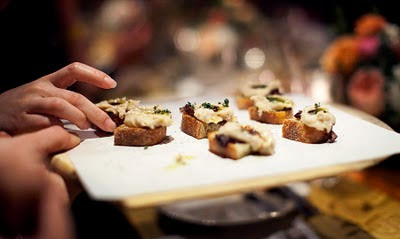 You don’t want to be behind the times, so you lean into the conversation at hand, continue to munch on some delectables, and beseech: “So fill me in, Kiara – tell me what’s going on with Daveny and Collin! From what I understand, those two are amazing!”

"Are they ever! I love those two! Talk about a God-ordained couple..."

On that heartfelt declaration, Kiara wastes no time launching into a full report.

“You see, here's the thing. Marianne documented their story in Hearts Crossing, but I’ve been Daveny’s best friend since college. I’ve worked with her ever since she opened the doors of Montgomery Landscaping – and I’ve never seen Daveny so swept away, so captivated by a wonderful man…and Collin – well – let me just say, despite their tribulations, I wish I could find a man just like him…"

"How do you feel about God, Collin?"

Collin Edwards, a former parishioner at Woodland Church of Christ, has renounced God without apology, his faith drained away in the face of a tragic loss.

Daveny Montgomery cares deeply about her relationship with God, and the community of woodland. Lately she's been in a rut, longing for something to reignite her spiritual enthusiasm.

A beautificiation project at Woodland seems the answer for them both. Daveny spearheads the effort and Collin assists, but only with the renovations, and only because he wants to know Daveny better. Despite his deepening feelings for her, even stepping into the common areas of the church stirs tension and anger.

Wistful sighs course the table. One participant asks: "So what happens next? Tell me more!"

Like an imp, Kiara just grins, then helps herself to some calamari - perfectly prepared. A handsome and solicitous waiter asks if a refill is necessary on Kiara's nearly empty wine goblet. Completely enthralled by the story, she negligently refuses his offer. Meanwhile, he lingers, watching her with unabashed longing. Several of your tablemates share knowing grins. Kiara's a knock-out, yet has no realization of her impact.

So, the hostess with the mostess continues, excited and thrilled for her dearest friend...

The closer he got to , the more Collin's tension increased. He faced that fact without flinching, and without apologizing.

He couldn't help the sense of anger he felt whenever he considered matters of faith, so he didn't try to stem the tide. Helping his mom is what mattered, and the thought kept Collin centered as he turned off and into the church parking lot.

The single word exclamation was Collin's instinctive reaction upon seeing the church. Grounds were torn up in large spots and contractors worked at the open sores. He slowed his truck to a stop next to a series of graders, haulers and a semi presently swarmed by what he assumed were church volunteers.

He hopped down from the cab and released the back latch, looking for a person who might be deemed the project leader.

The fact that he stopped to stare drew the attention of a by-passer, who called affably, “Need some help?”

“Delivery. Can you point me to the right person?”

“That’d be Daveny. She’ll get you taken care of. Follow me over.”

They crossed the lot and closed in on a cluster of folks who were in scrubby clothes, water bottles and gardening tools in hand. At the center stood a slender, petite woman wearing jeans and a lime green t-shirt. They stepped up and Collin realized she was in the process of assigning volunteers to designated sections of the church grounds.

During a pause, Collin's escort spoke up. “Daveny, this gentleman brought us some supplies.”

With that, she turned. Collin's world tilted when her gaze lifted to his in greeting. Something overwhelming and instantly captivating swept through him like wind song when she smiled.

Collin stumbled over his own name, stalling out while he stared at her. There was a purity he sensed – elusive and instantly haunting.

Suddenly, he didn't want to leave. Not quite yet anyway.

***
The evening continues amidst laughter and fun. Table candles flicker and glow, illuminating the space around you. At that point, at long last, Marianne enters the scene and slides into place next to Kiara, asking, "What have I missed?" 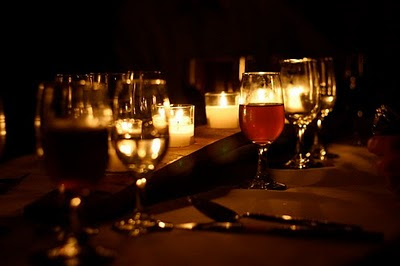 The entire table of friends erupts into laughter.
"Oh...nothing..." Kiara answers, sharing a wink with the group at large.
Meanwhile, you notice the way Marianne casts a calculating glance at the willowy, super-model chic woman who hosts the evening's festivities. You can almost see the wheels turning. Perhaps Marianne is considering: Wouldn't paybacks be fun? Wouldn't Kiara be knocked out of sight by starring in a love story of her very own...?

Posted by Marianne Evans at 9:15 PM